Why I’m driven to bring a voice and face to the erased.

It’s Thanksgiving and time to be grateful. I’m grateful today for fellow blogger @historyboots for her recent article on the proper name for the big, shaggy creatures that I’m slaving to promote.

I’m in the last lap of this ESRI Story Map package on the North American buffalo. It’s long past the story shaping part that I enjoy the most. Now it’s editing out extra spaces, finding better words (the best words!), trimming sentences and content, checking whether the visuals tell the story.  Shaun is making the pretty maps; I’m helping out entering coordinates, photos and descriptions for the simple ones. 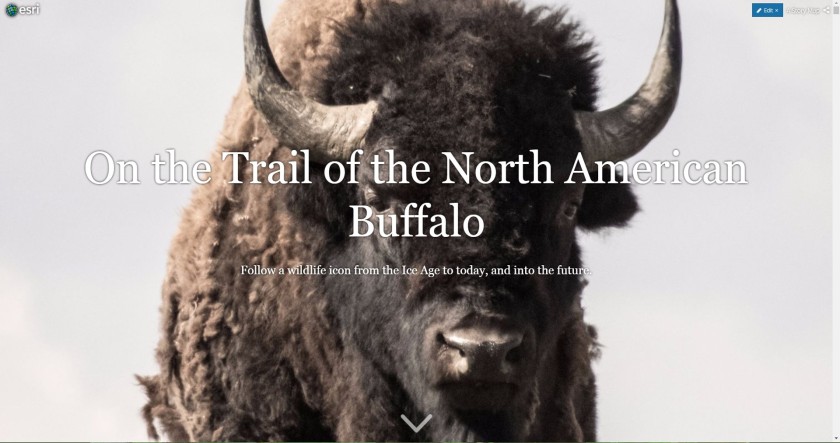 I wouldn’t dare put this on an equal footing with my niece-in-law’s pregnancy, but I have a smidgeon of the same anxiety that something could go wrong at the last minute (with far less consequence, of course).  I obsessively back everything up, screenshot, and capture text. I worry that when I launch it, the photos won’t show up and the links won’t work.  Or it won’t load as a published product. Or no one will care.

This project has become far more consuming than I expected, but I’ve become more determined as this story has revealed itself.  The last lap of this marathon is now driven by listening to Japanese Americans, Native Americans, African Americans, and even the deaf and blind communities talk about “historic erasure” at the National Association for Interpretation conference a couple weeks ago.

Erasure is using semantics in a magic trick that makes people’s histories completely disappear.  Take the term “wilderness”:  poof, and all the footsteps that fell on the land vanish! European Americans did not “discover” anything, really: there were people here already, and their feet touched many parts of the country with only an oral record of their passage.  If you ignore that record, then voila- “wilderness” and “discovery”.

I even realized how rarely I see people with hearing impairments in communications products like video. This Smithsonian video welcoming two bison back to the National Zoo is an exception, because one of the bison is named after an alumnus of Gallaudet University, established for the deaf and hard-of-hearing.

As I’ve noted in an earlier post, I was on a bison road trip , visiting First Peoples Buffalo Jump State Park ,when I discovered the story of how three native men and Canada spurred bison conservation in the United States. I recently learned from Harvey Locke’s “Last Buffalo Returns to the Wild”  that the oft-told tale of Samuel Walking Coyote rescuing buffalo calves may ignore an unsung hero:  Walking Coyote’s stepson, Latatitsa. Locke says that a “robust tribal memory” credits Latatitsa, and that Walking Coyote sold the small herd to Pablo and Allard when his stepson was away.

If I have gained anything besides the ability to make gifs and simple maps from this experience, it is the ability to detect, almost by echolocation, discrimination by semantics. And a drive to do what I can to bring voice and face to the erased, whether they be people or great brown shaggy beasts. 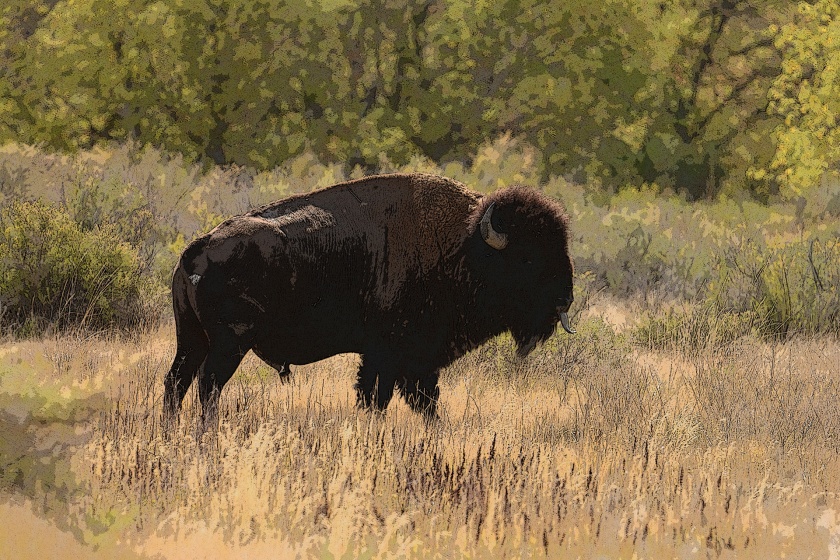 For a great article on the power of words, read Lauren’s blog post (and see the awesome photo of the bison wearing stick bling):

What’s the Difference Between Bison and Buffalo?

Posted on November 23, 2017by lamarkewicz

You’re in a national park in North America. You see some large hairy brown bovines. Buffalo, right? Or are they bison? Which is which? There are those that will answer, simply, “well, ‘bison’ is right and ‘buffalo’ is wrong. ‘Buffalo’ are only in Africa and Asia.” While technically true (sort of), such an answer ignores colonialist dynamics and a lot of fascinating history. This kind of question is just the one to present to a historian!